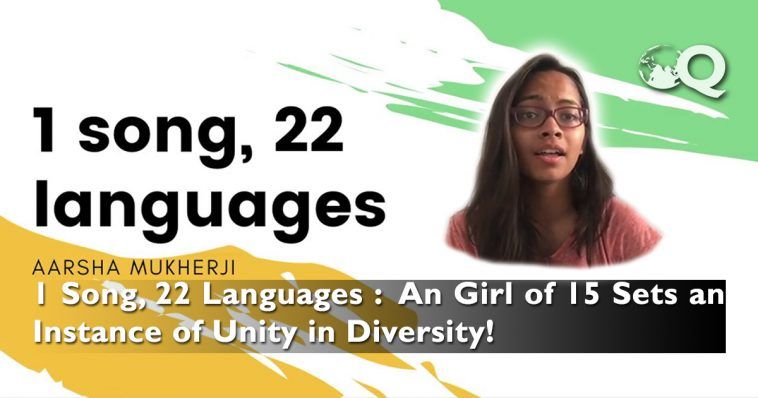 What we know about our beautiful India is Unity in Diversity! But did we ever try to think how does this thought, the soul of the country, work in reality? Did we ever think of how the thought to be practically set in society? A 15-year-old Indian girl has thought it. And she has chosen music, that is, a song to do so. She sings 1 song in 22 languages!

The song is about India. It depicts the beauty of the country, an individual’s love for the country. The song is now trending on the internet! The song has been sung in 22 languages spoken in India. Truly the song is the perfect example of ‘unity in diversity’ which shows one’s patriotism at the same time.

This song is sung by 15-year-old Aarsha Mukherji. She lives in Mumbai. She was asked to make a project in her school. Aarsha composed this song as a part of the project. Apart from her parents, music director Raja Narayan Deb, guitarist Ricktaj Nath and Prathamesh Dudhane also helped her in this task.

What is India and how do we want to see India in the coming days– is the theme of Arsha’s song. There are twenty-two acknowledged languages ​​in the Eighth Schedule of the Indian Constitution. The song has been sung in all those languages which are Hindi, Dogri, Telugu, Assamese, Kashmiri, Malayalam, Odia, Tamil, Marathi, Santali, Meitei, Urdu, Konkani, Bodo, Gujarati, Bengali, Punjabi, Kannada, Nepali, Sanskrit, Sindhi and Maithili.

The song was first written in English. Arsha translated that song into the twenty-two different languages ​​with the help of many people within four months. Then she made a video with this song and uploaded it to her YouTube channel.

There she writes in the description of the video–

My name is Aarsha Mukherji. I’m a 15-year-old from Mumbai.

For my school’s IB-MYP Personal Project, I composed a song, wrote original English lyrics for it and sang it in all 22 official languages of India as per the 8th Schedule of the Indian Constitution.

I am extremely grateful to everyone who has helped in translating the lyrics and teaching me the languages over the last 4 months. I’ve tried my best to be authentic in my pronunciations, but please forgive me for any errors.

Apart from my parents, there’s one person I couldn’t have done this without—Raja uncle (Raja Narayan Deb)—the fabulous music director who helped me learn so much about arrangement.

This song is about my India, and what I want it to be. It is a beautiful country, but can we make it even more beautiful than it already is? 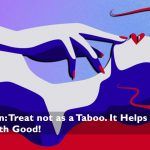 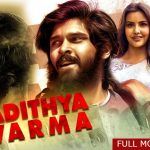