On the 22nd of July, from the Satish Dhawan space research centre of Sriharikota in Andhra Pradesh, it started its journey to the moon. Chandrayaan-2 is about touching the ground of the moon on August 20th. This time, Chandrayaan 2 will be launched on the dark side of the moon. This part is 3 miles away from the south pole of the moon.

ISRO says the moon will orbit the moon four times within Tuesday. The Spacecraft have to cross 1 km to touch the moon’s surface. Vikram Lander will be separated from the orbiter on 2nd September.

The activities of Chandrayaan 2 are being closely monitored from the Mission Operation Complex in ISRO. This monitoring is being carried out through ISRO Telemetry, Tracking and Command Network with the antenna of Biyalaur Indian Deep Space Network near Bengaluru.

Chandrayaan 2 already sent several pictures. A total of four photos have been released. The picture of how the Earth looks from space has been revealed. ISRO has released those pictures in Tweeter. The photo was taken from Chandrayaan’s Lander Vikram’s LI4 camera. Pictures are taken in multiple directions on Saturday, August 3rd. 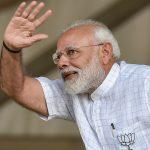