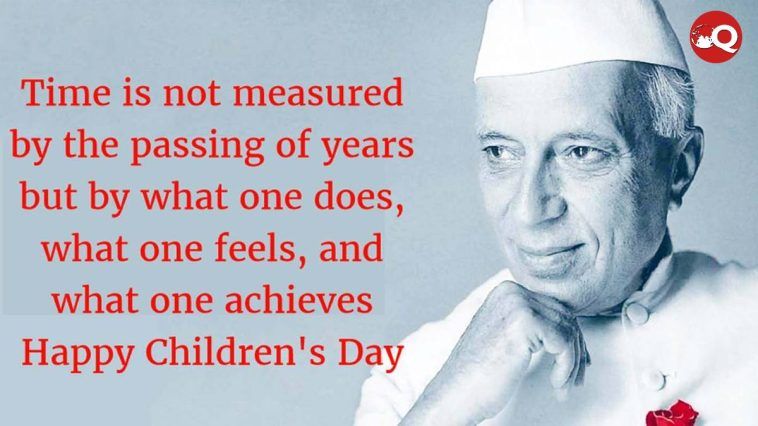 Before Nehru died, Children’s Day was celebrated every year on November 20 as “World Children’s Day.” After Pandit Nehru’s untimely demise in 1964, his birthday, November 14, was declared Children’s Day to honor his legacy in India. The day is also known as Bal Diwas. Pandit Jawaharlal Nehru enjoyed spending his leisure time with children. He was also known as “Chacha Nehru” among the younger generation.

Nehru described children as a country’s future and its true source of strength. He said,

“The children of today will make the India of tomorrow. The way we bring them up will determine the future of the country”

The Purpose of Children’s Day:

The purpose of Children’s Day was to bring attention to the issues facing children today and to advocate for policies that will help them flourish and achieve their full potential. The Indian Institutes of Technology (IITs), the All India Institute of Medical Sciences (AIIMS), and the Indian Institutes of Management (IIMs) all were established during his administration. His vision for modern India included the establishment of solid pillars that would serve as a foundation for the country’s recent independence.

On a certain day, students at several schools are encouraged to ditch the traditional school uniform in favor of more festive clothes. Children, parents, and education professionals will celebrate this happy event. Schools and other academic institutions will hold a variety of educational and inspiring events, like sports tournaments and quiz shows, to mark the day. Children’s Day is an opportunity to establish moral values in the country’s future leaders.

About the Pandit Jawaharlal Nehru:

On November 14, 1889, Pandit Jawaharlal Nehru was born to a family of Brahmans in Kashmir. His famous ancestors moved to Delhi in the early 1800s because they were known for how well they ran the government and how smart they were in school. He was one of Mahatma Gandhi‘s most trusted colleagues and the son of a notable lawyer and activist in the Indian independence struggle, Motilal Nehru.

There were four children in Jawaharlal’s family, two of whom were daughters. He was the oldest kid in the family. Later on, one of Pandit’s sisters, Vijaya Lakshmi Pandit, made history by becoming the first female president of the UN General Assembly.

Nehru became a leading person in India’s independence movement in 1947 after being taught by Gandhi. He established India’s modern democratic republic on a foundation of socialism, secularism, and sovereign independence. Nehru has been called “the architect of modern India” for this reason.

“Our children are our greatest treasure. They are our future. Those who abuse them tear at the fabric of our society and weaken our nation.”

“Every time a child is saved from the dark side of life, every time one of us makes the effort to make a difference in a child’s life, we add light and healing to our own lives.”

“A child can always teach an adult three things: to be happy for no reason, to be always busy with something and know how to demand with all his might what you want.”

“Let us sacrifice our today so that our children can have a better tomorrow.”

“Every child comes with the message that God is not yet discouraged of man.” 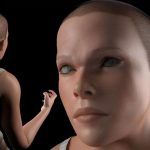