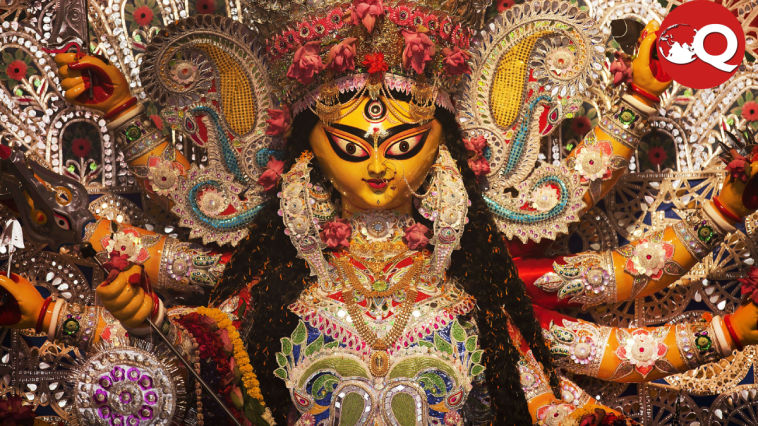 Durga Puja 2022 Significance of 10 Astras of the Maa Durga

Durga Puja 2022: Durga Puja is one of the most important and greatest festivals in the nation. It will be observed from the 1st of October to the 5th of October this year. This is one of the most important holidays for Bengalis. It is mostly observed in the states of West Bengal, Assam, Tripura, Odisha, and Bihar, making it one of the largest festivals in the Bengali calendar. This festival honors Goddess Durga for her victory over the demon Asura. There is a common belief that after Goddess e has vanquished evil in the divine world, she will travel to Earth with her family.

The celebration of Durga is also known as Sharodotsava and Durgotsava. Even though it is a 10-day event but the most important events take place over the final five days. In addition to worshipping the goddess Durga, devotees also pay homage to the gods Saraswati, Lakshmi, Ganesha, and Karthik.

At the same time, cultural performances and a variety of ceremonies are taking place in each and every part of the nation. Many stunning pandals are constructed, and beautifully sculpted idols are placed within them. During this Bengali holiday, it is a tradition to buy new clothes and gifts for family and friends who are very close to you. Eating various types of food is an integral part of the Durga Puja festival. Durga Puja is incomplete without eating various Bengali foods.

The number of days dedicated to celebrating Durga Puja varies from region to region across the country. Some regions of India celebrate Durga Puja for 10 days, while others only observe it for 6. In most of Northern India, the festival is also known as Navratri which literally translates to “nine nights.”

Mahalaya is the beginning of Devi Paksha. The festival of Durga Puja is traditionally said to begin on the day of Mahalaya. Mahalaya will be observed on the 25th of September this year.

Durga Puja 2022: Significance of 10 Astras of the Maa Durga

Durga Puja 2022: It is believed that Goddess Durga is the most powerful deity since she was blessed with the combined powers of numerous gods so that she might destroy all of the demons that were on earth. The ten arms of the goddess represent the fact that her devotees are protected from evil from all directions, specifically the eight cardinal points as well as the heavens and the earth.

In point of fact, the goddess’s immense abilities are symbolized by her ten hands holding a variety of weapons (Astras), each of which has its own unique significance. The significance of the ten weapons of the Maa Durga is as follows:

Lord Shiva gifted the Trishul to Goddess Durga. Trishul has three pointed edges that represent the three attributes of Tanmas, Satva, and Rajas. Tanmas refers to calmness, inactivity, and a predisposition toward laziness, while Satva refers to salvation, positivity, and purity, and Rajas refers to peace, hyperactivity, and desires. It is impossible to achieve peace and redemption without first achieving a perfect balance of all three attributes. When the trident stabs the demons to death, the compassion of Mother Durga will perceive all of the attributes necessary to defeat and triumph over them.

The sound of the conch shell is a representation of the holiest and most sacred sound known as “Om,” and it is believed that this sound was the inspiration behind the entire process of creation. It was a gift from the Lord Varuna.

The Chakra is a gift from Lord Vishnu that symbolizes that the world is ruled by Maa Durga, who is the center of creation, and the universe rotates around her. The Chakra was given to Durga by Lord Vishnu. As it revolves around the index finger of the goddess, it also serves as a symbol of dharma, which means morality. This weapon is intended to bring an end to all that is bad and to protect those who are righteous.

The lotus flower, which stands for enlightenment, is the emblem of Lord Brahma. Since lotuses typically grow in filthy water, the half-opened lotus may also represent the gradual but steady growth of spiritual awareness within individuals, even during the most difficult of times.

Both Lord Vayu and Lord Surya gifted a bow and arrow to the Goddess. While the arrow is a symbol of kinetic energy, the bow is a representation of potential energy. Additionally, it is a representation of the fact that Goddess Durga is the one who is in charge of every single energy source in the entire cosmos.

The Thunderbolt is a gift given by Lord Indra and stands for the steadfastness of mind, determination, and absolute strength. Her devotee gains unshakable confidence and resolves through the Goddess Durga’s blessings.

The symbolism of the sword bestowed by Lord Ganesh refers to one’s knowledge and intelligence. The gleaming power of the sword is a representation of knowledge, and it symbolizes the acuteness of one’s brain.

Lord Vishwakarma gave the goddess Durga an axe and a piece of armor, which together represent the absence of fear of the repercussions that come from fighting evil.

The lord Shiva’s snake is a representation of consciousness as well as the male force. Additionally, it symbolizes the transition from a lower to a higher state of consciousness, accompanied by an impulse to try new things and expand one’s horizons. 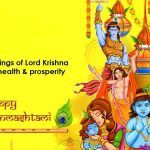 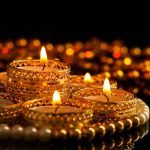