What do you think, humans, are the only intelligent creatures in this whole universe? But Britain’s first astronaut, Helen Sherman is sharing another story! She thinks Aliens exist, and that too among the human civilisation on the earth.

Many of us believe ‘Alien among Human’ as a fact. They have claimed that they have seen Aliens from a different world or have seen a UFO in the sky. A viral video about ancient aliens, UFO, UFO news is very common. But this time, Helen Sharman claimed that the aliens might be among us!

In an interview to the newspaper, she told that “Aliens exist, there are no two ways about it”. She also added, “There are so many billions of stars out there in the universe that there must be all sorts of different forms of life. Will they be like you and me, made up of carbon and nitrogen? Maybe not.”

Sharman spent 8 days in Soviet space station Mir in 1991. She was 27 at the time. She made the record of being one of the youngest astronauts in history.

Her remark about aliens forced many people to think twice. She said, “It’s possible [aliens are] here right now and we simply can’t see them”.

In the same interview, Sharman shared her experience of looking at the Earth from space. She said there’s “no greater beauty.”

“After take-off, we left the atmosphere and suddenly light streamed in through the window. We were over the Pacific Ocean,” she told the newspaper. “The gloriously deep blue seas took my breath away.”

Ancient aliens are the huge talked space elements regarding ‘Alien among Human’. A former Pentagon official led an investigation. The purpose of that study was to find out if an unidentified flying object (UFO), or aliens really exist or not. In an interview to a news channel, he said: “His belief is that there is evidence to suggest that creatures on the planet can come to this world.”

You may also read: 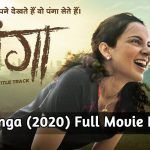 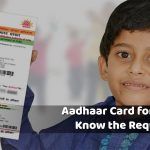