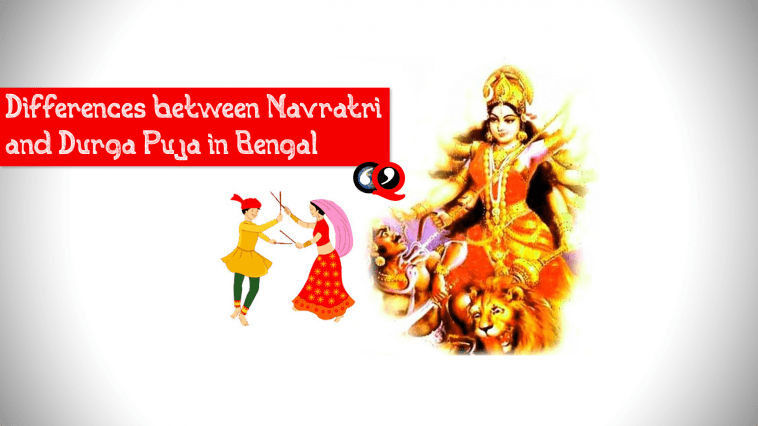 There are two types of community of Hindu in India. One celebrates Navratri, and another celebrates Durga Puja. Let’s find the differences between these two rituals.

The biggest difference is Food Choice. In the period of  Navratri, most of the people have fast for puja. But in the period of Durga Puja, all enjoy having veg and non-veg foods. There is a mythical story behind this. It is said that Navratri is worshipping of Maa Durga’s power for defeating “Asura”. But in the case of Durga puja, it is said that Devi Uma comes to her father’s house from her husband’s house Kailash. That’s why all celebrate this happy moment by doing enjoyments.

There are three differences in the Puja rituals. Dhak, Dhanuchi, and Sandhi puja by lightening 108 lamps in the evening in front of Durga idol all these are the tradition of Bengali Durga puja. There is another interesting thing, that is “Kala Bou”, the wife of Ganesha. In North India, the Banana tree is considered as a form of Vagban Vishnu. But in Bengal, banana tree wearing saree, it is placed next to the idol of Ganesh.

Durga puja is a festival of happiness. On the other hand, Navratri is the occasion of worshipping energy. “Sura”, “Sundari” and “Sangeet” these three are strictly prohibited in any Puja occasion. But in Durga Puja, you will find all these restricted things more and more. Because nowadays Durga Puja becomes a Cultural Festival more than a Religious Festival in Bengal. 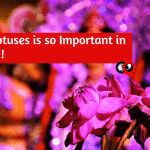 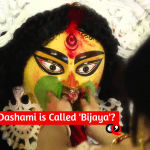