It comes to know, Bernard Channing, a seventy-seven-year-old elderly person who went to Thailand to spend his vacation. In a sudden mood, he decided to watch ‘Annabelle Comes Home’. At that time he couldn’t even imagine that he was going to watch the last movie of his life.

According to a woman who was watching the movie in the same cinema sitting next to the person on that day told, she didn’t even know that the person had lost his life. When the light of the hall lited up at the end of the movie she was the first who noticed the mishap. She quickly informed the emergency department. They rescued the body and picked him up in the ambulance covering him with a white cloth. When he was taken to the hospital doctors declared him dead and told, he had died while watching the cinema.

Another witness said, “Few people were talking to the employees at the entrance of the hall. They were in the same hall when the person died, and they were surprised at such an incident. Few people sat next to that person and no one was allowed to see what was going on over there. The staff of the hall did not allow us to take any picture.“

In fact, in India, a sixty-five-year-old person in the state of Andhra Pradesh had died in the cinema hall during watching ‘Conjuring 2‘ back in 2016.

‘Annabelle Comes Home’ is the sixth production from The Conjuring Universe. This is the third movie of the Annabelle series after ‘Annabelle: Creation’ released in 2017. 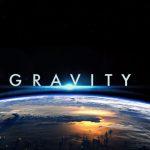 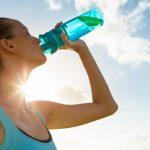