Is it ever possible to have a friendship between two heroines? Isn’t it like a fairy tale? No, It is not a tale. Many heroines of the Bollywood industry are best friends in their real life. It is difficult to find genuine friendship among the heroines because there are so much competition and envy in all of them. despite all these there are some perfect friendship has been developed between some heroines.

The media tried to create competition between two heroines from the very beginning but the media failed. They are none other than Deepika Padukone and Anushka Sharma. From the beginning of their acting journey till now they are good friends. They never have paid attention to the critics. They have kept their friendship strong throughout all obstacles. They are also seen together at the award functions and they ofter party together.

Kareena Kapoor Khan and Amrita Arora are also very good friends. Everyone knows about the equation and the chemistry between this BFF. While Amrita was busy setting up her career, Kareena was in love with Shahid Kapoor. From that time these two beautiful actresses are known as BFF.

The friendship of Sonam Kapoor and Jacqueline Fernandez can make the Bollywood actresses feel jealous. Both are the “Fashion Queens” of Bollywood. In that field of competition, their friendship is absolutely selfless. They love each other very much.

There are so many friends of Alia Bhatt in the Bollywood industry. But her closest friend is Parineeti Chopra. It is heard that Alia was feeling quite bad because everyone was asking Parineeti to be conscious of her figure. And that time Alia helped her to boost up her energy.

B-town is not the witness of only competition and envy,  but sometimes it shows us true friendships like all of the above. 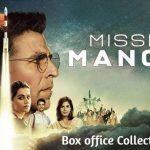