With the name of Petra, many questions appear. Who’s the founder?  What was the purpose? And mostly how was the entire city lost? Some of the explanations stand elusive to the people, even to the most renowned historians. Thankfully discoveries have shed light on it. To know the mystery behind the lost city and the other impressive information about the history of Petra, stay tuned and have an abstract tour of the city.

Petra was a carved city on red desert cliffs located in Jordan, 150 miles away from Aman (the capital of Jordan) near the Red Sea and the Dead Sea. Thriving petra was a powerful centre of trade. For spices, textiles and silk trade, Petra was a strategic location, the life-line and the main connection between contemporary Arabia, Egypt and India. It will be better if you can imagine huge caravans of camels carrying spices and other precious goods across the desert!

Petra was the capital of the Nabataean Empire. When the city was built is unsure. But in the 1st century BCE, this ancient city was a prosperous city. The Nabataeans were expert in water technology. They made dams, tunnels, cisterns and water chambers. So the city was an oasis to the weary travellers. This amazing water engineering helped them survive even in the time of dry. To survive and use the flash floods they built water aqueducts that brings the rainwater into the water chamber in the city. Petra was the home to about 30000 people.

The stunning facades were carved on canyons and the intricate carvings were the evidence of the wealth and position of power of the Nabataeans in the trading business. The facade is called El Khazneh or the treasury. These were made on beautiful rosy red sandstone and that’s why Petra is also called the Rose City.

Other cultures became envious of the prosperity of Petra, resulting in the Greek invasion of the city. Though the Nabataeans succeeded over Greeks, finally they defeated, only when the Roman Empire invaded the city. The city has been under the Roman Empire since the 4th century CE when a devastating earthquake severely damaged the city. Analyzing the irreparable damage they decided to leave.

Afterwards, Bizantian Empire ruled Petra for nearly 300 years. In later consequence, Petra lost its top-notch trading position with times and it was left abandoned. Thus the city got forgotten to the word and enlisted itself as a lost city. But it was never lost to the local people. They knew that Petra was hidden in the desert. Even a group of people called Bdoul Bedouin Tribe used to live in the caves of the abandoned city. They didn’t want others to know about the city as they were afraid that people would harm them to find the hidden treasure. Therefore the location of the city was kept secret.

Petra was discovered on 22 August 1812 by a 27-year-old Swiss explorer Johann Ludwig Burkhardt. He heard some local people discussing the lost city when he was in Cairo. He disguised himself as an Arab and made them agreed to take him to the city. His discovery attracted the archaeologists’ and scholars’ interest. Later, another excavation took place in 1929. Among the impressive structures of Petra, the amphitheatre was significant. Nearly 3000 people were able to sit there and it was used in political purpose. When Romans came they expanded it to 8500 seats. Among other impressive structures, there are treasury and the street of facades.

In 1985 Petra has announced a Unesco Heritage Site. The government signed a deal with the Bdoul Bedouin that they would be rehabilitated a few miles away from Petra and an exclusive tourism ride was to be arranged here.

Though the city has been discovered a whole lot of things are still unknown to us. For example, the massive structures called Jinn are square monuments and no one knows the purpose of building it or what they represent. All of the doors of Petra are very tall. Now the question is why they needed such high entrances to their buildings. Archaeologists are unable to understand the real cause of building the treasury also. According to some archaeologists, the treasury was the tomb of the Nabataean king, whereas some others say this was a document storehouse. As far as we get to know, it is one of the last structures made with that much of craftsmanship in Petra. Because it was such a square structure which was introduced by the Roman empire.

It is debatable whether the city was built as a market or religious site or private housing! But what is known so far is that most of the structures were built in tomb purpose. Nearly 1000 tombs were found in the city. The Nabataeans were called nomads who lived in tents. Archaeologists were also unsure whether they lived inside or outside the city, in the tents. If they lived inside they would be surrounded by tombs. It’s very difficult to know what was their exact situation of living; because they didn’t leave any written document or any book behind.

In 2016, a ceremonial site was revealed with the help of satellite. It was like an Olympic pool in length and twice of it in width. A set of scrolls which shares the same time of Byzantine period is found in recent years but its contents are still a subject of research. Z Dune Alma Hyson, an archaeologist from Jordan’s Yarmouk University, has been excavating in Petra since 1979, and according to him, only 15% of Petra is discovered. The remaining 85% is a mystery. Therefore many things are yet to discover in the city. Now the remaining of Petra is exposed to rain and sand storm causing severe damage to it. Petra is also known for flash floods as it has already mentioned earlier and flash floods are damaging the facades.

The number of tourists in Petra every year depends on the political situation of the Middle East. Notwithstanding, in 2018, there 6 lac 20 thousand tourists in Petra were counted and the city stands as one of the most visited places among all the archaeological sites in the world.

Now, are you not feeling interested in Petra or thinking about a visit there? 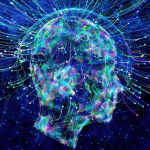 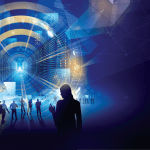