Dwarka is one among those many lands which are known to us for their ancient civilizations. It is an Indian city situated at the confluence of the Arabian sea and the river Gomti. The first historical reference of this place was found on a copper plate recovered in Bhavnagar, Gujarat.

It’s said that the Dwarka city was shaped under the influence of Lord Krishna. It was his city. The city with golden walls surrounded by was one of the finest examples of great architecture. According to the story depicted in the Mahabharata, Gandhari considering Krishna the only culprit behind the death of her hundred sons in the war of Kurukshetra cursed him that his city, as well as his dynasty, would be destroyed soon. Consequently, Dwarka lost its existence after 36 years of the incident. Sea devoured the domain with its large waves.

However, examples of the submergence of developed ancient cities are not at all very uncommon. The Bible and the Greek myths are also bearing these examples. Atlantis is one such city believed to meet the same fate in some unspecified period of time long ago.

But, are the ‘mythical’ Dwarka and present Dwarka the same? No, they are no way the same. Did any such city namely Dwarka ever exist in the past? Yes, absolutely! Here we’re going to discuss how the exploration of Lord Krishna’s Dwarka was suddenly ceased by denying its historicity. Archaeological exploration in 1979 opened Dwarka’s historical facts up from its familiar mythical mysticism.

Archaeologist Dr S R Rao and his team were looking for evidence of the existence of Dwarka. They found a remaining of a 9th-century temple in present Dwarka where they got something so significant that their exploration extended into the depth of the Arabian sea. There, the remainings of the old buildings, utensils, pieces of jewellery, etc were recovered.

Along with this exploration, a new underwater site near a small island namely Bet Dwarka was discovered, which was some 33 km away from the present Dwarka. Construction of about 360 km long wall which resembles the description of the wall of Dwarka in Mahabharata was there submerged in the sea.

According to the description in Mahabharata, there were a total of 50 turrets on the wall of Dwarka. Archaeologists have been successful to find almost 30 similar turrets so far. Remainings of Dwarka holds the same antiquity as Harappa and Mahenjodaro do. These cities belong to the time period between 3500 BC and 4000 BC. So, Dwarka must be a part of the Indus Valley civilization. Sidewise, experts claim Mahabharata to be of the same epoch.

Later, in 2001, a fresh exploration in the Gulf of Khambhat added some sparks to the historicity of the mythical Dwarka. Astrological proofs of the existence of Dwarka also came up soon in the scenario. Mentions of two asteroids in the Udyoga Parva and the Bhishma Parva in the Mahabharata and the positions of the Marse and the Saturn described in the Mahabharata helped Dr S R Rao calculate the time of existence of Dwarka along with several events of Mahabharata. Planetarium software was taken in use to have this job done.

But it’s astonishing and tragic as well that the research and exploration of Dwarka were stopped midway. It was not the lack of funds of the government but some politicians and their dirty politics which did not let this work continue on.

In the end, we can only be hopeful about its recommencement– so that the world gets to know the world’s one of the most ancient and developed civilizations existed in India; so that we can boast of our ancestry and our rich culture. Let all the grey be shined ablaze. 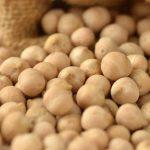